Should non-audit service prohibitions be further strengthened in Singapore? 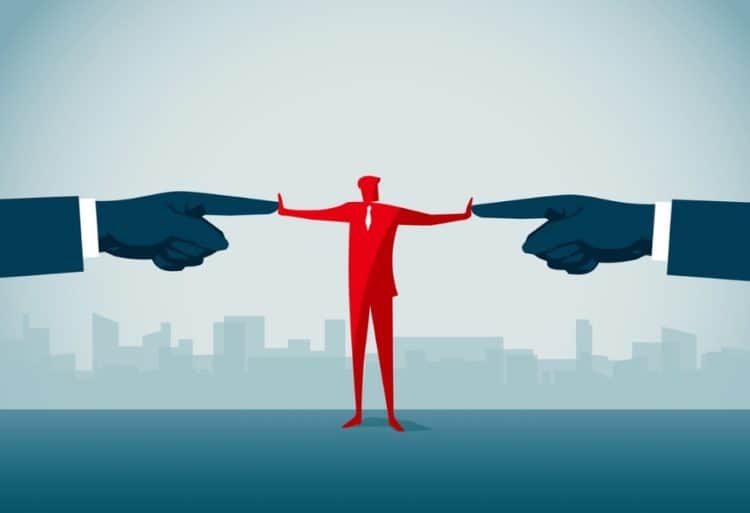 Image by erhui1979 on iStock

The Enron scandal, one of the largest accounting frauds seen over the last three decades, led the company to file for bankruptcy in 2001. The bankruptcy filing was the largest in American history at the time, with total losses estimated at US$74 billion.

One issue that has been extensively examined in the wake of the scandal is the issue of auditor independence and how it contributed to the eventual collapse of Enron.

Auditor independence refers to the independence of the external auditor, requiring the auditor to carry out his or her work freely and in an objective manner.

Given that auditors are required to offer unbiased opinions about the financial statements of companies that they audit, the lack of auditor independence can severely compromise the quality of the auditors’ work.

One way in which auditor independence can be compromised is when auditors simultaneously provide audit and non-audit services (NAS) to clients, and as a result become more beholden to these clients.

Indeed, in the year before Enron filed for bankruptcy, half of the fees that it paid to its auditor, Arthur Anderson, were for NAS relating to consultancy work.

The case for and against NAS prohibitions
NAS encapsulate any service provided by auditors other than external audit services. These may include accounting, consultancy, and tax services.

Those who advocate a general prohibition on the provision of NAS by auditors of a firm believe that auditor independence may be compromised by offering both audit and NAS for several reasons.

First, if an audit firm provides many services to its client, the professional relationship between the two may become too close (the “familiarity” threat).

Second, if the client’s total fee forms a major part of the auditor’s revenue, there may be a fee dependency problem that may also affect the auditor’s independence.

Third, it may be difficult for an auditor to act independently if they were made to report on a system that they helped implement in the first place (for example, as part of consultancy services they provided).

At the same time, there are also many potential benefits in allowing professional firms to provide audit and NAS simultaneously.

First, with the same firm performing both types of services, there is scope for improvements in the efficiency of both the audit work and NAS provided.

For example, the consultancy division can easily access existing client’s information put together by the audit practice; similarly, auditors will be familiar with frameworks and practices implemented by consultants of the same firm.

Second, by providing various services to the same client, firms can effectively understand more aspects of their clients’ business better.

This should improve the overall quality of the audit. Third, professional firms are able to lower costs if more services are provided to the same client. These lower costs benefit both parties.

We should be cognisant of potential unintended consequences from putting in place greater prohibitions.

Global trends in the provision of non-audit services
Globally, there has been a growing trend prohibiting auditors from providing NAS.

UK. In 2018, KPMG UK voluntarily announced that it would stop offering consulting services to its large audit clients. This came after the firm was involved in various accounting scandals such as those relating to Rolls-Royce and Carillion.

A spate of other accounting scandals, involving well-known companies such as Patisserie Valerie (a bakery chain), British Telecom and British Home Store, further contributed to the worsening of public confidence in the work of auditors.

Partly as a result of the above, the Financial Reporting Council (FRC) in the UK issued a revised ethical standard for auditors in 2019 in order to strengthen the independence of auditors from their clients, and to improve audit quality.

The new guideline sets out a list of NAS that auditors are permitted to provide. The key principle is that auditors can only provide additional services that will not compromise their independence with respect to clients.

Accordingly, many of the services included on the permitted list are directly linked to the audit, and include, for example, reviews of interim financial statements and reporting on regulatory returns.

Work that involves significant judgment, such as the provision of recruitment/remuneration decision services are not included on the list.

EU. Before 2016, countries in continental Europe had different practices relating to NAS. For example, France had a total ban on the provision of NAS to audit clients, while other countries such as Denmark did not.

In 2016, the EU introduced a more uniform and restrictive regulation of the NAS that auditors could provide to public interest entities (PIEs). The objectives of this regulation were to improve auditor independence and to provide uniform regulation amongst EU countries.

The regulation, inter alia, mandates audit firm rotation, prohibits the provision of certain NAS to audit clients, and imposes a fee cap. In particular, the NAS prohibitions and the fee cap were imposed with the expectation that they would work together to maintain auditor independence by reducing the reliance of an auditor on a particular client.

US. After many large accounting scandals, including the Enron scandal, the Sarbanes-Oxley Act (SOX) was introduced in the US in 2002 as an attempt to protect stakeholders.

The Public Company Accounting Oversight Board (PCAOB) was also created to oversee the accounting profession. To preserve auditor independence, it banned company loans to executives and provided protection to whistle-blowers.

Furthermore, auditors were prohibited from performing certain NAS for their auditing clients.

It is, however, noteworthy that, unlike the UK and continental Europe, the US Securities and Exchange Commission (SEC) has moved towards the loosening of related auditor independence rules. In June 2019, the SEC amended the “Loan Provision” rule.

The previous rule prohibited a firm from auditing a fund while also borrowing money from a lender that owns a stake of 10% or more in the same fund.

The new rule replaces the 10% threshold with a “significant influence test” which is subject to interpretation and hence has provided flexibility for auditors to own larger stakes in funds. The SEC has also proposed various other changes to “modernise” its auditor independence rules.

For example, it has proposed to shorten the “look-back” period from three years to one year for US companies to assess their auditor’s independence before an IPO.

For example, the audit division and other divisions such as consultancy and tax operate independently as if they were different entities (i.e. the “Chinese Wall”).

Auditors of public companies are prohibited from providing certain NAS to their audit clients. They include, for example, book-keeping, specialist valuation, management recruitment, and internal audit. Similar to the EU, Singapore has implemented a fee cap on NAS.

The current guideline is that NAS fees are to be kept below 50% of total audit fee revenue.

As the issue of auditor independence assumes greater prominence around the world, many jurisdictions have begun placing greater prohibitions on auditors’ ability to perform NAS.

The issue is also relevant in Singapore which should consider whether general prohibitions can play a greater role in preserving auditor independence.

However, the answer is not straightforward, and we should be cognisant of potential unintended consequences from putting in place greater prohibitions.

For example, to the extent that prohibitions on NAS reduce the scope of services that audit firms can offer, it will make such firms smaller.

Perversely, this may mean that larger clients will form a larger portion of an audit firm’s income, thereby threatening its independence.

Over time, the lack of strong talent may well compromise the quality of audit judgments exercised in the conduct of audits.