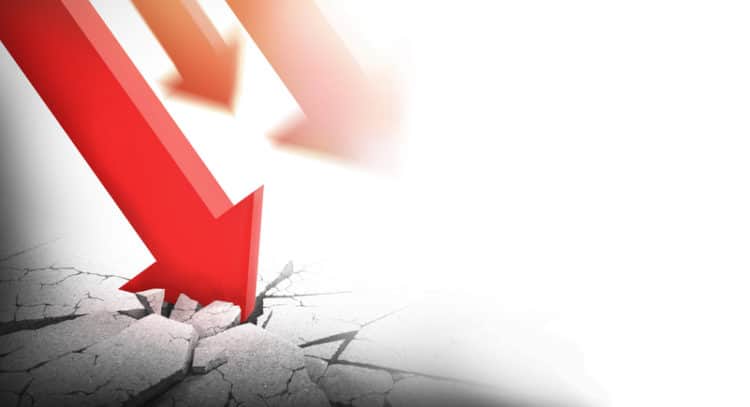 A high frequency of major insolvencies, the constant yield curve inversion, and downward revisions of growth predictions by organizations such as IMF and World Bank: Are all these pointing to a recession rather than just a slowdown?

Euler Hermes said lately that its Q1 2019 monitoring reveals a high frequency of major insolvencies, with a focus on firms with a turnover exceeding 50 million Euro.

Though in the said period the number of cases, tallying 83, is one less than that in Q1 2018, those insolvent firms represented a higher combined turnover of 45.5 billion Euro, 4% higher than that in the same quarter last year, said the credit insurer.

This suggests a worsening severity of global insolvencies, which could have serious effects on providers along supply chains, pointed out Maxime Lermerle, Euler Hermes’s head of sector and insolvency research.

Asia among the largest contributor

Asia was among the largest contributors to global insolvency count, with construction and Agrifood being the hotspots in the region.

The region not only posted 10 more insolvencies in the said period compared to a year ago but those cases also represented a surge in firms with large turnovers, the credit insurer noted.

Another major contributor was Western Europe, whose insolvencies dropped by three to 36 cases in Q1, said Euler Hermes. However, the number of firms with large turnovers increased, the firm added.

While the US remained a key contributor to the top insolvencies, China also became a major one in the said quarter, posting six out of the 10 largest insolvencies, according to the company.

Besides insolvency numbers, the constantly inverted yield curve of late also point to a worsening economy.

Since May 23 this year, the yield curve has become inverted with the 10-year yield being lower than the yields of one-month, two-month, three-month, and six-month most of the days.

According to Alexis Garatti, head of macroeconomic research at Euler Hermes, the company’s own model indicates that the probability of a recession in the US at a horizon of one year is at 60%, compared with the New York Fed’s 27.5%.

The recession might also spill over to other countries.

“Indices of monetary and financial conditions, as well as multiple inversions of the yield curve suggest that this probability is non-negligible for other countries,” said Garatti.

“The ongoing global trade deceleration, following the shock of higher tariffs and uncertainties related to US-China trade tensions, is also producing a warning signal,” he added

He warned that the US budget will have to make a u-turn in order to be on a sustainable path.

When the market realizes the need to stabilize the US deficit—probably at the end of the year as a result of the 35-day government shutdown during late 2018 and early 2019, the US equity and credit markets will experience a severe correction with global repercussions, he predicted.

There is the possibility for the US economy to see a technical recession—defined as negative growth for two consecutive quarters of negative growth—in the first half of 2020.

Downward revision of growth by IMF and World Bank

In April, the IMF already lowered its growth forecast for 2019 to 3.3% from the previous 3.5%, the third time in six months that the fund had a downward revision.

Highlights of IMF’s predictions and revisions

Highlights of World Bank’s forecasts made in June

While the benchmark rate of 2.25%-2.5% remains unchanged after Fed officials on the Federal Open Market Committee voted 9-1 to keep it, markets still bet rate cuts as soon as July as the economy is not expanding as fast as it was previously.

The FOMC changed language from its statement in May to indicate that economic activity is “rising at a moderate rate,” a downgrade from “solid.”

In their baseline scenario, the committee members said they still expect sustained expansion of economic activity and a move toward 2% inflation though at the same time they realize that uncertainties have increased.

Does the Fed really believe there’s no possibility of a recession? Take a look at the statement again and you’d find that the Fed drops the word “patient” in describing its approach to policy.

This can be interpreted as indicating that the central bank is leaving the door open to future cuts.

When the world’s largest economy becomes cautious, it’s time to prepare for a recession that will spill over to other regions and impact different businesses.