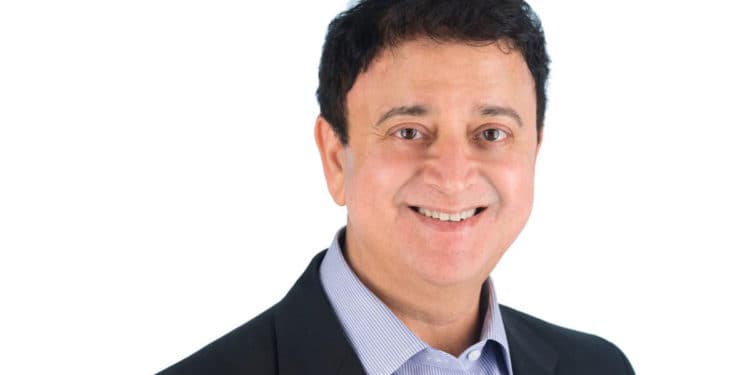 Inder M. Singh, who joined Arm in March 2016 from Unisys, will report to CEO Simon Segars.

In a company blog post on April 29, 2019, his first day on the job in the new role, Singh cited the numbers that power Arm's wings — "more than 130 billion Arm-based chips shipped globally, and Arm technology that touches 70% of the world's 7.7 billion people," among others.

"I've long felt that Arm represents the compass for the future of computing considering that our technology will be the foundation enabling the convergence of internet of things (IoT) and artificial intelligence (AI) with the 5G world," he said.

Hence, he sees his biggest challenge as helping the company execute its "bold plans by reinforcing a discipline of strategic investing, providing business insights, and accurately predicting the financial outcomes of our decisions."

Having grown up in four continents, speaking five languages, he said his international experience is an advantage in leading Arm's global finance organization.

Before Unisys, Singh was managing director, technology, media and communications at SunTrust Bank. Singh also held financial leadership roles at Comcast Corporation, Cisco Systems, and AT&T/Lucent Technologies and has a decade of experience as an equity analyst.

In the blog post, he disclosed that among his personal passions is cybersecurity.

"Over the last 15 years years, I have served in an ad isory role on projects for the US Department of Homeland Security, providing them with insights on current and future technologies in the context of M&A," he shared.

"And in the conversations leading up to my decision to join Arm with my now boss, Arm CEO Simon Segars, it was clear he was also very passionate about security and trust. I walked away from those conversations knowing that under Simon's leadership, security will always be a priority and never an afterthought across both Arm's architecture and services," he added.

Related:  Singapore has become more expensive for expats for one major reason
Tags: ArmInternet of Things