Breaking the bias in Asia’s workplace 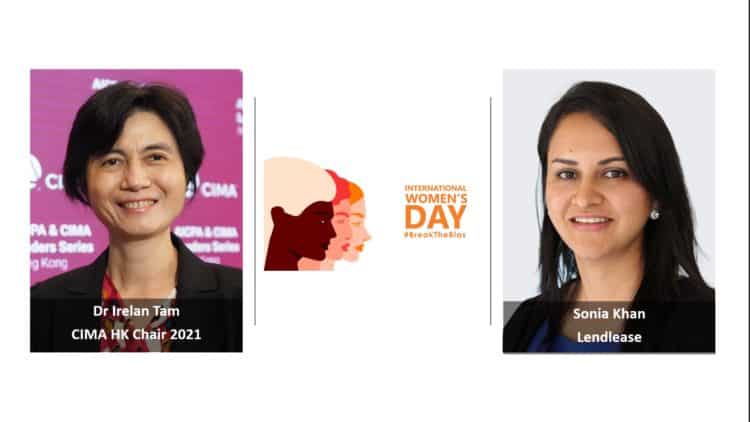 Breaking the bias in Asia’s workplace

The pandemic remains a test of mettle. This is particularly so for leadership.

In good times, it is easy to cosy along to the next challenge. In periods of growth, leaders have bountiful resources, time, and goodwill to move things along.

But in times of crisis, as in the period from 2020 and counting, leaders face a multitude of interconnected issues somehow inexorably linked to each other. A miscalculation in one has the potential to become an avalanche of misfortunes.

It is during these times that leadership changes are most frequent. According to the Russell Reynolds Pitchbook analysis from 1995 to 2021, CFO turnover in 2021 surpassed the churn rates of the previous two years 2020 and 2019.

The management consultant noted that 2021 was an influx of gender diversity. Women accounted for 32% of new CFO appointments, almost double 2020’s rate. While the overall percentage of women S&P500 CFOs decreased in 2020, as CFO resignations reached record highs, they rose year over year, hopefully signalling the start of an upward trend, added the consultant.

According to the Credit Suisse Gender 3000 report, the number of women CFOs rose by 17% accounting for 16% of all CFOs globally. In Asia-Pacific (excluding Japan), women CFOs approached a quarter of CFOs, well ahead of Europe and the USA.

With International Women’s Day looming FutureCFO reached out to several women heads of finance in Asia for their take on the theme for the year – breaking the bias.

Bias is defined as an inclination or prejudice for or against something. It appears as a disproportionate weight in favour or against an idea or thing. In the workplace, it reveals itself in the form of ethnicity, colour, social class, or gender to name a few.

Bias – past and present

Dr Irelan Tam, CIMA Hong Kong Chair 2020-2021, called that workplace gender bias is well documented and existed as early as the 1960s. She pointed to a report published by CIMA in 2010 titled, Beyond the Glass Ceiling, which that women entering the accounting profession were mostly under-presented at the management level.

She went on to point to the International Labour Organization’s (ILO) publication of five unconscious gender biases including gender-based discrimination, stereotypes against women, masculine corporate culture, and mindsets of managers in recruitment and career advancement.

Sonia Khan, CFO Asia for Lendlease, a multinational construction, property, and infrastructure company, says “biases help us to process information and often, they unconsciously influence us.”

She stressed that whether intentional or unconscious, biases result in actions that are unfair and go against an inclusive workplace culture that celebrates diverse talent and viewpoints.

“They come about due to differences in cultural background, prior experience and personal preferences. It is therefore important that we are aware of our own biases and ‘break the bias’, so we do not inadvertently perpetuate them,” she continued.

Tam cited a 2016 study by the ILO which highlighted the gender gaps in education, gender stereotypes and glass ceiling impeded women’s access to career advancement in Asia-Pacific.

She also referred to a McKinsey 2020 of the effects of the pandemic on gender equality – that women’s job loss rates were significantly higher than men’s in many industries.

“The COVID-19 pandemic, economic fallout coupling with automation had exerted a regressive impact on gender equality,” Tam added. Two other studies, one by the CFA Institute in 2020 reported 44% of female investment professionals felt uncomfortable speaking up about gender discrimination in the workplace.

The other, by the Dutch Chamber of Commerce in Hong Kong, admonished Hong Kong for calling itself ‘Asia’s World City’ and touting it as a diverse society that has made considerable strides toward gender equality.

For Khan, Asia’s cultural diversity means that the workforce is made up of individuals from different backgrounds and with different perspectives.

“We need to constantly check our implicit biases by recognising different viewpoints and make decisions based on merit. Workplace biases may have been tolerated by many due to a lack of official channels or support to objectively address it. In some cases, biased behaviours could be so subtle or ingrained within a workplace culture that they are accepted as the norm,” she lamented.

The tolerance that doesn’t make sense

Khan says biases are based on societal norms and expectations and help process information and make decisions. “There are hundreds of cognitive biases that unconsciously influence our decisions and actions. Without being aware of these biases, it is common to accept them at the workplace due to groupthink or fear of potential retaliation when such behaviour is called out,” she explained.

Reflecting on the World Economic Forum (2021) conclusion that another generation of women will have to wait for gender parity. “There is no denying that gender stereotyping has coloured the mindsets of leaders behind the masculine corporate culture and hiring professionals. The unconscious gender bias persists, and the management remains adamant in claiming lack of female talents, whereas women’s perception of available opportunities is low,” added Tam.

Khan said breaking the bias starts by ensuring diverse perspectives are represented. She noted that on gender equity, Lendlease incorporates gender balance considerations from its hiring processes through to leadership pipeline development.

“As a member of our Asia Leadership Team and sponsor for cultural diversity, I do my part to accelerate breaking the bias and driving a culture of inclusivity. I focus on being self-aware and recognise that various types of biases can occur even in the most objective discussion. Only by being aware can we then take steps to address them,” she elaborated.

Tam believes that the deep-rooted obstacles to gender bias need extensive management’s attention to act. Profession-led thought leadership and the government’s championship could lead the journey of breaking the bias.

“As finance and accounting professionals, we have to take the lead in promoting the awareness, like inviting mentors and coaches to share their experiences and provide resources to help women make informed choices,” she continued.

She noted that during the 2021 International Women’s Day, CIMA invited senior women leaders to share their experiences and insights on cultivating gender-diverse teams to kick-start digitation initiatives.

Khan concedes that everyone plays a part. Conducive structures and conversations help to bring visions of breaking biases to life.

“Through our executive sponsorship model for Lendlease Asia’s diversity and inclusion focus areas (namely gender equity, cultural diversity, and inclusive workplace), an element of ownership and accountability is incorporated. Our employee champion groups are also key to breaking biases at all levels of our business,” she added.

Tam concurred adding that if diversity could be adopted as a strategic objective as KPIs for the organization, it is easy to get buy-in from the whole organization. “Also, it is imperative to collect and analyse the gender data to support the creation of a performance and reward culture so that women feel valued,” she added.

Asked for her recommendation on how to move forward, For her part, Tam reflected on the thoughts of Martin Luther King Jr who said, “Human progress is neither automatic nor inevitable; it requires the tireless exertions and passionate concern of dedicated individuals”.

She opined that breaking the bias needs tireless exertions from everyone in the workplace. “Technology is leading the transformational changes and post-pandemic future of work is about managing collaborative,” she posited.

Lendlease’s Khan suggested that organisations learn about the different types of bias, “what your own biases could be and how they impact decision making. When we are more aware, we can better ‘break the bias’ and create more inclusive workplaces,” she concluded.