PodChats for FutureCFO: Why intercompany accounting is crucial for post-merger success PodChats for FutureCFO: Why intercompany accounting is crucial for post-merger success

Large companies typically have subsidiary businesses that sell to each other. The idea is to build the capability to deliver a vertical stack of services and expertise, and essentially, keep the money in the group. The problem is that most subsidiary businesses have enough independence to decide on what tools and technologies they can use to support their business. Sister companies become just another supplier.

The challenge arises when it comes to consolidating the data and transactions, to the parent company. According to EY, organisations are fighting through a thicket of clashing policies, processes and technologies when handling intercompany transactions.

99% of intercompany stakeholders participating in a Dimension Research study say intercompany is becoming increasingly complex and challenging, with 58% reporting that the volume is more than five times the annual revenue.

"Imagine large companies that have multiple entities that provide services to each other. There will be intercompany transactions that happen between them, and it gets very complex when businesses are international – whether it's regulation or taxation, foreign exchange rates, or compliance. And it becomes more so when each company records their finances differently," he elaborated.

He cited the sales and purchase of services between the parent company and its subsidiaries, fees-sharing, costs and locations of these financing activities, and leases with the parent and subsidiary, as examples of intercompany transactions.

Ng cited a Dimensional Research global survey commissioned by FourQ prior to its acquisition by BlackLine in which 99% of respondents reported intercompany is becoming increasingly complex and challenging. The lack of integration among systems, for example, ERPs, was cited by 58% as resulting in a loss of detailed supporting information.

"This is because in more entities there have subsidiaries make their own decisions on what systems or tools they want to run on. 52% reported a need to manage operations and compliance across more tax jurisdictions while 49% reported more stringent documentation requirements," he added.

He called out disputes as common between subsidiaries about transactions involving services rendered by one subsidiary to another. The back-and-forth negotiation will transpire as those involved work to eliminate the problem.

"Process is also very labour-intensive and a costly effort to the organisation, considering different data from different subsidiaries. There is a very big risk if the data is not accurate," commented Ng.

According to Reuters, global mergers and acquisitions (M&A) volumes hit a record high in 2021, breaching the $5 trillion mark for the first time. Ng posited that one of the challenges of parties involved in M&As involved a lack of standardisation of the process, people and technology. This is usually appearing following the closure of negotiations.

"Given the challenges that are faced by the stakeholders themselves within the intercompany accounting (before M&A), there is always a need for a structured end-to-end process to reduce the whole complexity of the post-purchase process."

From the perspective of Blackline, including its partners and consulting firms, enterprises can consider automating these areas to reduce the risk. Among these are postings for both trades, things like standard transfer pricing, management fees, royalties, notes allocation across the sender and receiver, etc.

He also sees the need to automate the matching process and begin the dispute management to the point where very little human intervention is needed. He posited that more machine involvement in matching transactions between intercompany is better.

He suggested that the settlement procedure be automated, and integrated into the treasury management system. This will optimise working capital removing unnecessary funding for intercompany transactions.

"The last one will be on forex gains and losses. These should be automatically recorded and be identifiable on the ledgers. These are some of the key areas that need to be addressed for successful post-purchase scenarios," he opined.

The reality of intercompany red flags

Ng acknowledged that identifying red flags for intercompany issues within a multinational organisation is not easy. "You're talking about the parent company with 50 CFOs running 50 entities for example." He posits that if a CFO can identify some of these red flags that would help in prioritising which areas to investigate.

To Ng, the most common red flag is unreconciled intercompany accounts. "Your organisation could be carrying a significant intercompany balance because intercompany counterparties cannot be identified. Where is this transaction going to? Where's the contribution coming from? So if there is an open balance, then that's a big red flag," he said.

He pointed to intercompany Centres of Excellence (CoE) as another red flag. These are shared services that work across different business units of product lines. They are subject matter experts in the back end that manage the entire company's finance and accounting operations.

"Typically, what we've seen is a lot of shared services are getting bigger and bigger, putting in more and more resources and bodies. But are they optimising it? Not sure. Right? If that there's a very big and costly team out there, something to look at," he suggested.

A third red flag for Ng is tax audit issues. He cited the example of transfer pricing – the price of a transaction between related parties.

"I sell services to you, what's the price, and then it (price) gets converted to the local currency plus tax and so on. If there is a lot of constant review of these transfer pricing between parties, that may mean there is no structure right. Someone is going to start to look at how they can, they should reinstate their account," he posited.

He also pointed out the lack of transparency at the CFO level as another red flag. How much visibility should the CFO need to have to identify bottlenecks?

"What are the issues between the intercompany processes that you have? Do you even have all the data at your fingertips? Are they all sitting in different Excel files and folders somewhere? These are some of the common red flags that we have seen," conceded Ng.

Click on the PodChat player and listen to Ng talk about the concept of intercompany accounting in greater detail. 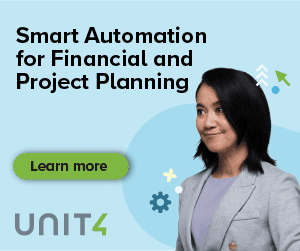 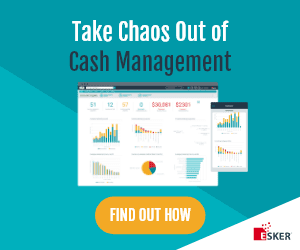